I just watched a Demo of the Delta Cep at Winter Namm 2019 on the "Perfect Circuit" Youtube account.  Oh boy!

No idea if that was a demo someone from "Perfect Circuit" did, or if they just videotaped it and released it on their channel.
Either way - it was bad. And I mean, really bad. And if you read the comment section you know, why.
This "Demo Artist" treats the Delta in a dilletant way that sounds like my first DIY attempt to built a VCO, really.
It really does not look like he knows what he is doing. Maybe the demo was much longer at NAMM, maybe he even showed what the Delta Cep is capable of and really sounds like - we'll never know. The released part is a shame.
It feels like this will do more harm to the - not yet released - Delta Cep than the dead silence from Radikal Technologies to the delayed release.

Which, obviously raises the question (again, again and again): when will it be released? 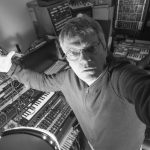 The guy who did the demo, was not familiar with the source mixer. The saturation/overdrive was active at everything he played.

Yes, you mentioned that in the comments to the video, I think.

And I guess this "review" back then did not do a lot - if any at all - harm to what people think about the Delta.
At least that is the impression I got reading and hearing about it after it had been released now.

Well, I got mine already here in my rack and I am happy  🙂